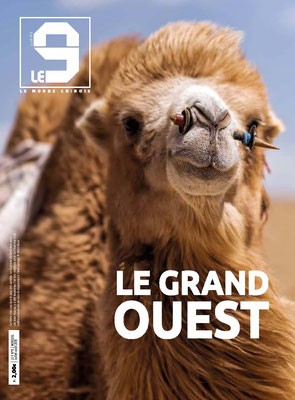 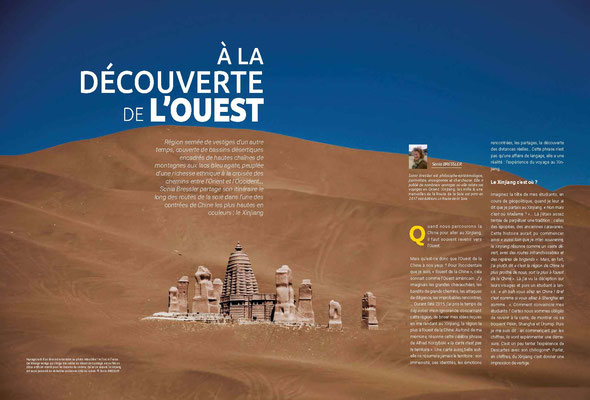 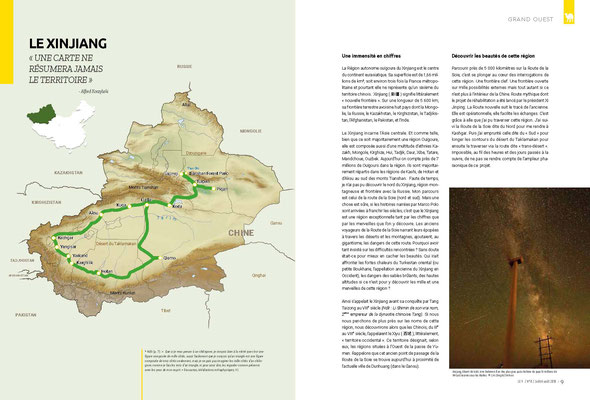 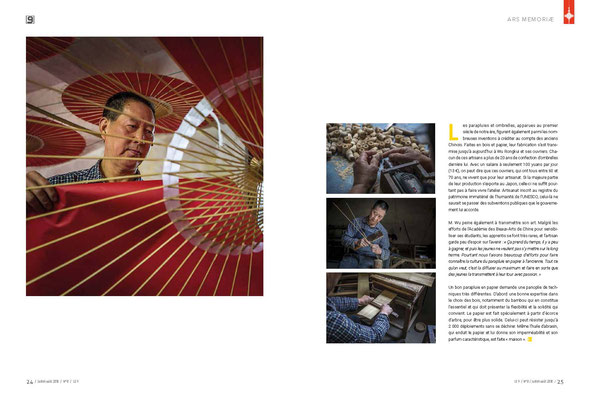 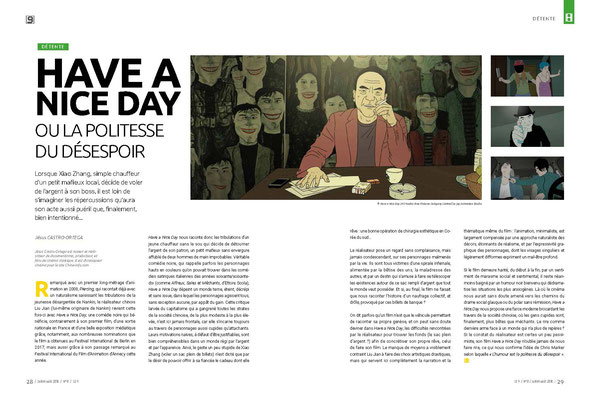 (Bloomberg) -- The Silk Road conjures images of caravans, desert steppes and adventurers like Marco Polo navigating the ancient trading routes connecting China with Central Asia, the Middle East, Africa and Europe. China’s modern-day adaptation, known as the Belt and Road Initiative, aims to revive and extend those routes via networks of upgraded or new railways, ports, pipelines, power grids and highways. President Xi Jinping champions his pet project as a means to spur development, goodwill and economic integration. Critics are wary of an increasingly assertive superpower’s push to spread its influence.

Why countries might want out of China’s Belt and Road

China has never spared any effort to portray its Belt and Road Initiative, a grand, trillion-dollar-plus global investment plan, as a positive vision for the world. Last year, China released cringeworthy videos featuring children who were, somewhat unrealistically, excited by the idea of infrastructure investment.

“The future’s coming now,” a group of children sang in one clip. “The Belt and Road is how.”

But not everyone is convinced that Belt and Road is such a great plan — either for China or the countries in which it’s investing. And with Malaysia announcing Tuesday that it has shelved two major infrastructure projects being built by Chinese companies because of high costs, many more leaders around the world may be wondering whether Chinese investment is a good deal.

It may be simpler to start with a more basic question: What is the Belt and Road? Given the vague way that Beijing has described the program, it’s hard to find an answer. Many have found it easier to think of the initiative in terms of its scale and ambition: Beijing has called it the “project of the century,” while others have compared it to the Marshall Plan, Washington’s stimulus package for a war-ravaged Europe (though the Belt and Road is many times bigger). It’s not a single thing, but rather a catchall term for investments in more than 60 countries around the world. The purported aim of that network is to better connect China with its trading partners. In practice, it usually involves getting foreign countries to take out large loans from China to build vast infrastructure projects, which are then typically built by Chinese companies.

All of that is quite obviously in China’s interests. In the short term, it’s able to use some of its excess industrial capacity abroad as its own economy slows. In the longer term, it could help internationalize Chinese companies and give Beijing a critical role in how global trade operates.

There’s also a powerful political motive: A Pentagon report released last week said China was trying to “develop strong economic ties with other countries, shape their interests to align with China’s, and deter confrontation or criticism of China’s approach to sensitive issues.”

Even so, many foreign partners were eager to sign up for the Belt and Road — largely because the loans tend to come with far fewer restrictions than those from Western countries.

But Malaysia’s decision shows how the plan can come apart.For one thing, Belt and Road projects have sometimes made no economic sense. In Sri Lanka, China poured money into an airport designed to handle 1 million passengers a year. Now it has been dubbed the world’s emptiest international airport. “Business is so slow that the airport has made more money from renting out the unused cargo terminals for rice storage than from flight-related activities,” wrote Bangkok-based writer Brook Larmer.

Another Belt and Road project in Sri Lanka, a deepwater port, is now in the hands of a state-owned Chinese company on a 99-year leaseafter it failed to attract enough business to make its loan payments. This could swell into a bigger problem: A study released by the Center for Global Development in March suggested that Djibouti, Kyrgyzstan, Laos, Maldives, Mongolia, Montenegro, Pakistan and Tajikistan would also struggle to repay Chinese Belt and Road loans.

To critics, this is a feature of China’s plan, not a bug. China, they say, is planning to bully smaller countries with “debt diplomacy” — and some even go further, suggesting that perhaps the plan is for China’s military to make use of all these belts and roads one day in the future. (It should be noted, however, that debt-fueled projects that make no commercial sense can be carried out within China, as well.)

WHAT IS CHINA’S STRATEGY?

Since 2002, Chinese leaders – including President Xi Jinping – have characterized the 21st century’s initial two decades as a “period of strategic opportunity.” They assess that international conditions during this time will facilitate domestic development and the expansion of China’s “comprehensive national power.” The Chinese Communist Party (CCP) has distilled these objectives into President Xi’s “China Dream of national rejuvenation” to establish a powerful and prosperous China.

China’s leaders increasingly seek to leverage China’s growing economic, diplomatic, and military clout to establish regional preeminence and expand the country’s international influence. “One Belt, One Road,” now renamed the “Belt and Road Initiative” (BRI), is intended to develop strong economic ties with other countries, shape their interests to align with China’s, and deter confrontation or criticism of China’s approach to sensitive issues. Countries participating in BRI could develop economic dependence on Chinese capital, which China could leverage to achieve its interests. For example, in July 2017, Sri Lanka and a Chinese state-owned enterprise (SOE) signed a 99-year lease for Hambantota Port, following similar deals in Piraeus, Greece, and Darwin, Australia.

China seeks to secure its objectives without jeopardizing the regional stability that remains critical to the economic development that has helped the CCP maintain its monopoly on power. However, China is also willing to employ coercive measures – both military and non-military – to advance its interests and mitigate opposition from other countries. For example, in 2017, China used economic and diplomatic pressure, unsuccessfully, in an attempt to urge South Korea to reconsider the deployment of the Terminal High-Altitude Area Defense (THAAD) system. In its regional territorial and maritime disputes, China continued construction of outposts in the Spratly Islands, but also continued outreach to South China Sea claimants to further its goal of effectively controlling disputed areas. China also maintained a consistent coast guard presence in the Senkakus. In June 2017, India halted China’s efforts to extend a road in territory disputed with Bhutan near the India border, resulting in a protracted standoff lasting

more than 70 days. In August, India and China agreed to withdraw their military forces from the vicinity of the standoff; however, both countries maintain a heightened military presence in the surrounding region.

A new archaeobotanical study is helping shift the historical record.

This was a follow-up activity to the Kathmandu Action Plan, adopted in September 2014 during the first South Asian sub-regional Silk Roads meeting in Kathmandu (Nepal), and was in line with the Almaty Agreement adopted at the 4th Coordinating Committee Meeting of the Silk Roads World Heritage Serial Transnational Nomination , held in Almaty, Kazakhstan, in November 2015.

The participants agreed on the following as the main outcomes of the meeting:

1-They noted the progress made by Nepal and China for the South Asian Silk Roads Serial Transnational World Heritage Nomination Process; also noted the progress achieved with scientific documentation and archaeological survey within China, in the four key provinces of Qinghai, Sichuan, Tibet and Yunnan, as well as the research institutes and universities, notably the Chinese Academy of Cultural Heritage, the Chinese Academy of Social Sciences, ICOMOS/China, Tsinghua University, Peking University, Sichuan University and Northwest University.

2-They appreciated the close consultation and coordination between China and Nepal on the preparation of the South Asian Silk Road World Heritage Nominations, along with the participation of India and Bhutan (the latter as an observer) and encourage other South Asian countries to join this nomination process.

4-They proposed that an in-person coordination and consultation meeting be organised between the countries involved at least once a year.

5-They proposed that the next meeting be held in June 2018, possibly in one of the Chinese provinces involved (Qinghai, Sichuan, Tibet or Yunnan) and encouraged the active participation of officials from Afghanistan, Bangladesh, Bhutan, China, India, Myanmar, Nepal and Pakistan in this meeting.

6-They proposed to invite Mr. Bhesh Narayan Dahal, Director-General of the Department of Archaeology (DoA) of Nepal, and Mr. Song Xinchao, Deputy Director-General of the State Administration of Cultural Heritage (SACH) of China, as the two Acting Co-Chairs of the South Asian Silk Roads Serial Transnational World Heritage Nomination Process. This will have to be agreed upon during the June 2018 coordination and consultation meeting, when more officials will be in attendance.

India doesn't have a lot to lose by boycotting OBOR. Read why!

What does India want from the world? It’s quite clear, really: international partnerships to accelerate its domestic development, a stable and conducive periphery, a multi-polar Asia, an end to cross-border terrorism and a sufficient role in global governance to enable it to meet these goals. Today, each of these objectives relates in some way to India’s relations with China.

NEW SILK ROAD: WHY CHINA SHOULD BE WARY OF OVERCONFIDENCE

The optics tell it all: a confident and smiling Xi Jinping ( 習近平 ) stood in front of a giant landscape painting titled This Land is So Rich in Beauty and shook hands with more than 30 heads of state and international organisations lining up in the Great Hall of the People on Sunday night.

Broadcast live on national television, and repeated numerous times in prime-time newscasts over the weekend, those images encapsulated China’s growing political and economic influence on the world stage as it hosted the two-day summit on the “Belt and Road Initiative” last week.

In his keynote speech to the summit, the president hailed the initiative as the “project of the century” as he announced tens of billions of yuan in financing for the ambitious programme that has promised to transform the Eurasian and African infrastructure landscape as never before, and bring tremendous benefits in investments and trade for those countries involved.

The first Belt and Road Forum for International Cooperation closed in Beijing on May 15. The forum attracted 29 heads of state and government and delivered a series of cooperation agreements. This forum is seen by the Chinese government as a concrete move to revive the ancient Silk Road. The signature foreign policy initiative of Chinese President Xi Jinping, the Belt and Road, is of unprecedented geographical and financial scope.

Against this background, China has been showing strong interest in the resource-rich Arctic. Xi visited Finland before his state visit to the United States in April and stopped by Alaska on the way back to China. Earlier, on March 29, Chinese Vice Premier Wang Yang attended the opening ceremony of the fourth International Arctic Forum in Arkhangelsk, Russia and gave a speech which further elaborates China’s Arctic policy objectives. The question, therefore, is whether the Belt and Road Initiative, arguably the largest overseas investment drive ever launched by a single country, will help China achieve its Arctic policy goals.

The three main pillars of China’s Arctic policy are respect, cooperation, and sustainability.

What is China’s One Belt One Road (OBOR) project?

Nepal officially inked the One Belt One Belt (OBOR) deal with China on Friday leaving India as the only South-Asian country not to be involved in the Asian superpower’s ambitious project. The deal, which was  signed in Kathmandu, would allow development of cross-border connectivity and more. With the exception of Bhutan, which has no diplomatic ties with China, every other South Asian country has signed into OBOR. Heads of state of Pakistan, Sri Lanka, Maldives and Myanmar and high-level delegations from Bangladesh and Nepal will be attending the two-day Belt and Road Forum in China.